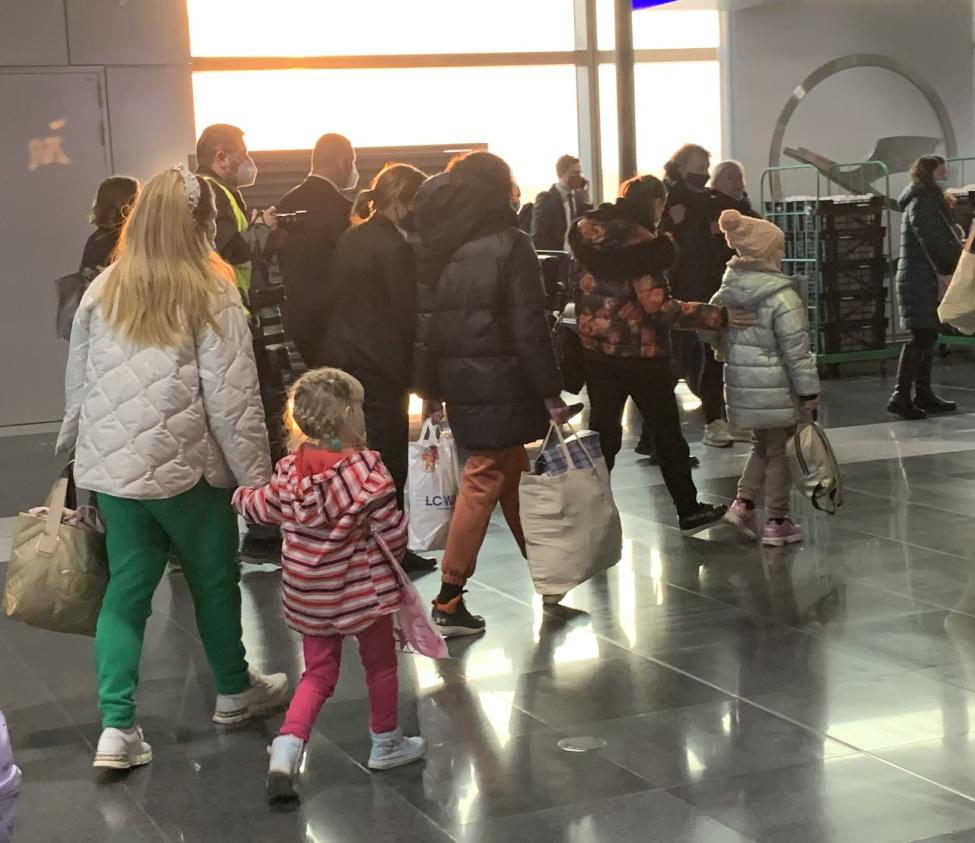 Chișinău/Berlin – Some 133 refugees from Ukraine arrived today in Germany from the Republic of Moldova, under the auspices of the European Union’s Solidarity Platform, convened by the European Commission.

UNHCR, the United Nations Refugee Agency, and the International Organization for Migration (IOM) are working closely with the authorities of the Republic of Moldova, German Federal Ministry of the Interior and German Federal Foreign Office to support the admission of refugees to Germany.

Germany is one of the first EU Member States participating in the reception of refugees who fled the war in Ukraine to neighboring Moldova. In total, Germany has pledged to take in 2,500 refugees under the programme, which has received pledges from several EU Member States and other European States.

The Solidarity Platform aims to support EU Member States and associated States on responsibility-sharing for the reception of arrivals from Ukraine in the context of the Temporary Protection Directive.

UNHCR is identifying vulnerable persons in Moldova and informing refugees on what to expect in the receiving countries so they can make informed decisions about the trip. The most vulnerable refugees will be prioritized for transfer, including people with disabilities, older people, those with severe medical conditions, and mothers with young children.

Participation happens on a voluntary basis, with information provided before departure to enable refugees to make an informed decision.

“This European initiative is essential for the well-being of vulnerable refugees who may seek safety and specialized medical care,” says Jean-Philippe Chauzy, IOM Chief of Mission in Germany. “Together with the Government of Germany, we hope that these movements will provide much-needed relief to those affected who, despite sustained resilience, continue to suffer each day due to the ongoing crisis.”

"The admissions show how European solidarity in refugee protection can work in practice. Germany's participation not only relieves the pressure on the Republic of Moldova, which has generously received a large number of people, but at the same time offers a new perspective to particularly vulnerable refugees," says Katharina Lumpp, UNHCR Representative in Germany.

Since the outbreak of the war on 24 February, more than 3.7 million refugees have been forced to flee Ukraine, while 6.5 million people have been displaced within the country.  At least 13 million are estimated to be stranded in affected areas or unable to leave due to heightened security risks, destruction of bridges and roads, as well as lack of resources or information on where to find safety and accommodation. Without an immediate ceasefire the massive displacement and humanitarian needs will continue to grow.