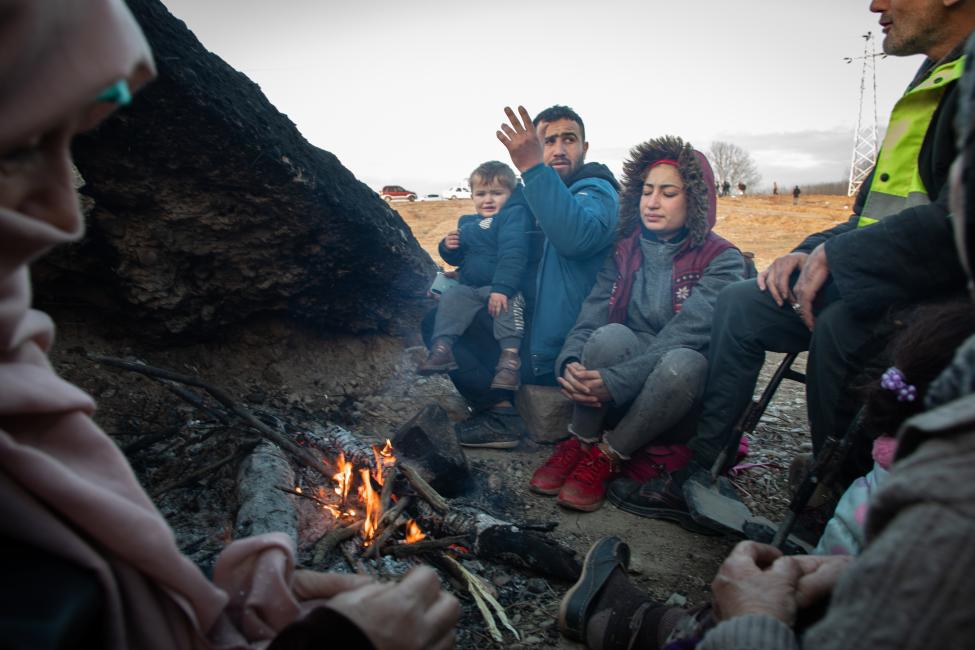 A Syrian family builds a fire after a failed crossing attempt at the Turkish border with Greece. Photo: Emrah Özesen/IOM 2020

Berlin – IOM’s Missing Migrants Project has documented at least 5,684 deaths on migration routes to and within Europe since the beginning of 2021, with increasing numbers of deaths seen on routes across the Mediterranean, on land borders to Europe and within the continent.

“We’ve recorded more than 29,000 deaths during migration journeys to Europe since 2014,” said Julia Black, author of a new IOM report on Missing Migrants Project data in Europe for 2021. “These continuing deaths are another grim reminder that more legal and safe pathways to migration are desperately needed.”

On the West Africa-Atlantic route to the Spanish Canary Islands, 1,532 deaths were documented in the reporting period, a figure already higher than any two-year period since IOM began documenting deaths in 2014.

On both of these long, hazardous overseas routes data for the current year is highly likely to be incomplete given the labor-intensive process of verifying all-too-frequent ‘invisible shipwrecks’—cases in which entire boats are lost at sea without any search and rescue being conducted.

Since 2021, increases in the death toll on many other European routes have been documented compared to prior years, notably on the Türkiye-Greece land border (126 deaths documented), the Western Balkans route (69), the English Channel crossing (53), at Belarus-European Union (EU) borders (23) and deaths of Ukrainians fleeing the recent conflict (17).

Beyond a structural failure to provide adequate safe pathways, Missing Migrants Project records show that many of the deaths on migratory routes to destination countries in Europe could have been prevented by prompt and effective assistance to migrants in distress.

Reports from survivors relayed to IOM indicate that at least 252 people died during alleged forced expulsions by European authorities, also known as pushbacks, since 2021.

The pushback-related deaths were documented in the Central Mediterranean (97 deaths since 2021), in the Eastern Mediterranean (70 deaths), on the Türkiye-Greece land border (58 deaths), in the Western Mediterranean (23 deaths) and on the Belarus-Poland border (4 deaths). Such cases are nearly impossible to verify in full due to the lack of transparency, lack of access, and the highly politicized nature of such events, and as such these figures are likely an underestimate of the true number of deaths.

Missing Migrants Project data indicate that identification rates of those who die on migratory routes to and within Europe are lower than in other regions of the world. For example, in the Central Mediterranean the nationalities of just 4 of 59 people (7%) who died off the coast of Europe in 2021 was established, meaning that the identities of the remaining 55 people likely remain unknown. This is a significantly lower than those who died off the coast of North Africa on the Central Mediterranean crossing, where 457 of 1,508 individuals (30%) are recorded with a known country of origin.

In total, more than 17,000 people who lost their lives on routes to and within Europe between 2014 and 2021 are listed without any information on country of origin, a key identifying detail which sheds light on the unresolved loss of countless families searching for missing relatives lost on migration journeys to Europe.

“There are people from 52 countries who have died on migration routes to and within Europe in our dataset,” said Black. “The scale of this issue—and the impact on families and communities dealing with unresolved losses—means there is no solution to this issue without buy-in from the authorities.” 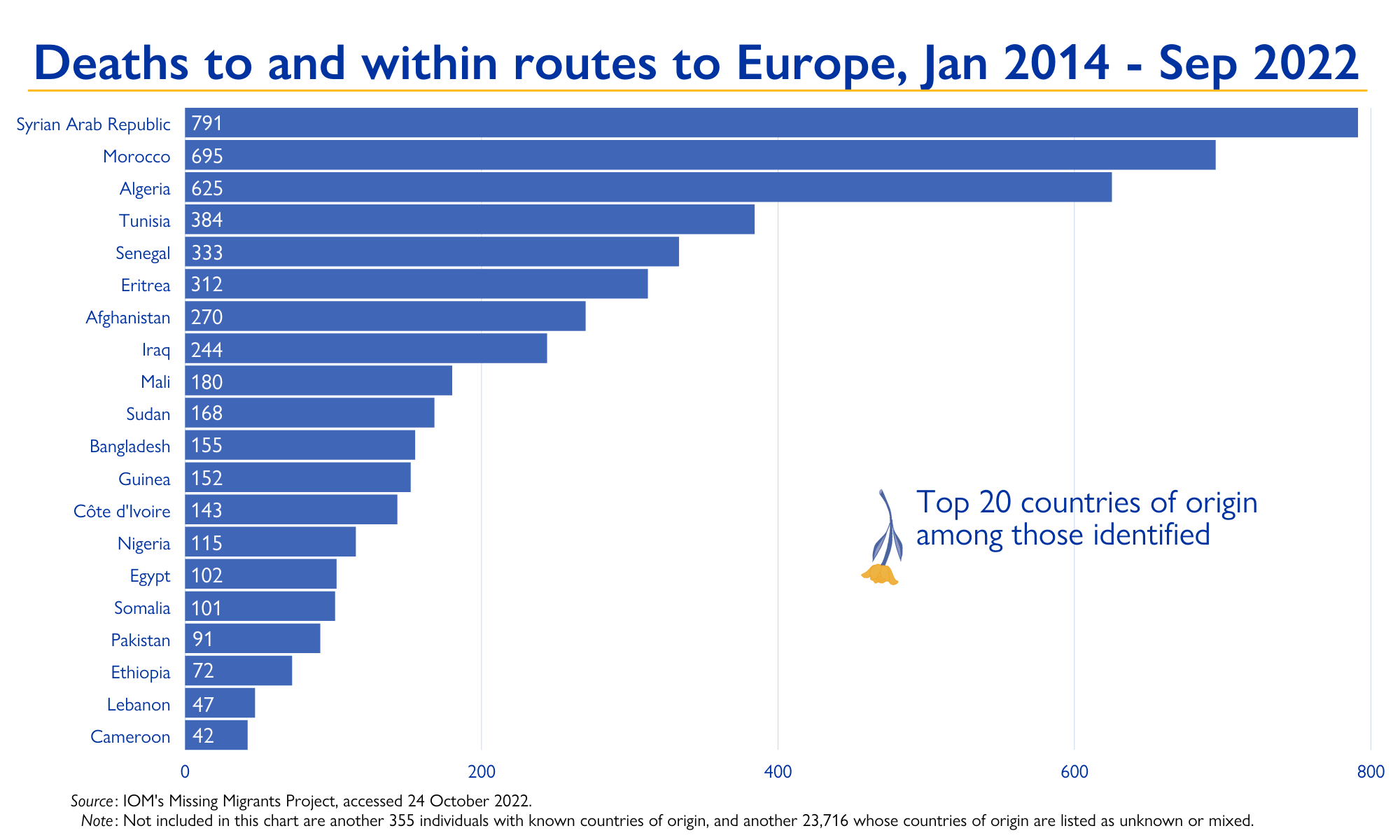 IOM calls on States in Europe and beyond to take urgent and concrete action to save lives and reduce deaths during migration journeys. States must uphold the right to life for all people by preventing further deaths and disappearances. This should include prioritizing search and rescue on land and at sea, including ending the criminalization of non-governmental actors providing humanitarian assistance to migrants in distress. Ultimately, to end migrant deaths, States must review the impact of their migration policies to ensure safe migration, and to minimize any risk of migrants dying or going missing.